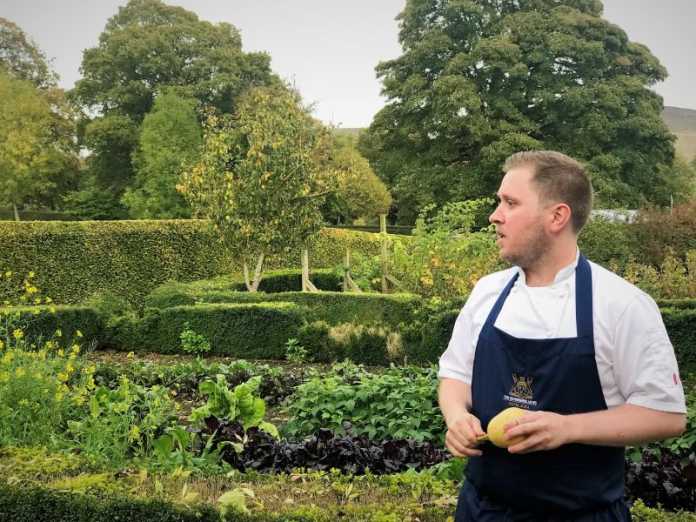 The Burlington, fine dining Restaurant at The Devonshire Arms Hotel and Spa was presented four AA rosettes at the AA Hospitality Awards at The Grosvenor House Hotel, London, this week. Head Chef, Paul Leonard has worked so hard for this moment! Congratulations to him and his team.

Let’s look back at my stay, this time last year:

Walking up to the entrance of the historical Devonshire Arms I did my obligatory photo for Instagram photo (do you follow?), when a lovely young lady came out to great me and to take my suitcase. I followed her up the path, past the fishing rod rack and gun lockers (of course) and into reception where the smell of wood smoke and a roaring fire was waiting to great me. I almost wished it was the depth of winter but alas it was a gorgeous warm autumn evening, not like the cold ones of late. As I was a little late arriving, the young lady took my bag to my room and I went to join the others in the long lounge.

My evening at the Burlington Restaurant

My companions for the evening were from various publications in Yorkshire, including blogging buddy, Ben from York on the Fork. Sad with our notepads open and pens poised we were introduced to Adam the General Manager of the hotel. He first worked at the hotel as an Apprentice and said to the then Manager that he would one day be running the Dev; two years ago that statement came true. Adam is super passionate about his job and really cares about his staff; he understands if you look after them then the hotel will look after itself. I’d like to congratulation Adam on his recent win of Boutique Hotelier General Manager of the Year – very well deserved!

Paul went through a tough interview process for this job, including being scored by a Rosette judge!!! But his dished all scoured fours or fives Rosettes which meant he secured the job of Head Chef at the Burlington Restaurant just over two months ago. Paul’s attraction to the hotel is clear, you can see he’s chopping at the bit to put his stamp on the place and the kitchen garden is his first mission. He’s passionate about locally produce, including fresh, home-grown fruit and vegetable and foraging.

Paul says, “I’m so looking forward to working at one of Yorkshire’s most iconic venues, and as a Yorkshire man myself, I am excited to be returning ‘home’… I aim to make The Burlington one of the most talked-about restaurants in the UK.”

Paul lead us into the kitchen garden just across the road from the hotel to explain more. His passion for connecting the kitchen to the outdoors came from his time with organic kitchen garden specialist, Ken Holland. Paul learnt and understood that food doesn’t have to start from a packet but you could nurture your food from a seed. Having been in the role just two months, Paul has managed to influence the Burlington’s menu to now incorporate an element of the garden in every dish. Paul knows he needs to plan ahead if he is ever going to reach his ambition of being self-sufficient on the fruit, herbs and veg that the garden is able to provide.

By this point I was super excited to see what Paul had in store for our seven-course tasting menu that evening. Relaxing in my room and soaking up the fabulous view (read about my stay here), I really felt the Devonshire Arms is a hidden gem and Adam, Paul and the team are going to give it an extra polish so it shines for all to see.

The hotel’s plans for the future are inspiring. In January, they are closing for four days to refurbish some of the hotel’s bedrooms and the Burlington Restaurant. The Duke and Duchess are keen to invest and always put 5% of the profits back into the business.  Both Paul and Adam are not shy in telling me what they are aiming for… the coveted Michelin star would be the cherry on the cake.

Yorkshire is hot for Michelin star restaurants at the moment. Gods own county is reportedly to have the most Michelin starred restaurants outside of London and with the likes of Man Behind the Curtain and Tommy Bank’s Black Swan names the best in the world on Trip Adviser Yorkshire could soon be a destination for food lovers from across the globe! 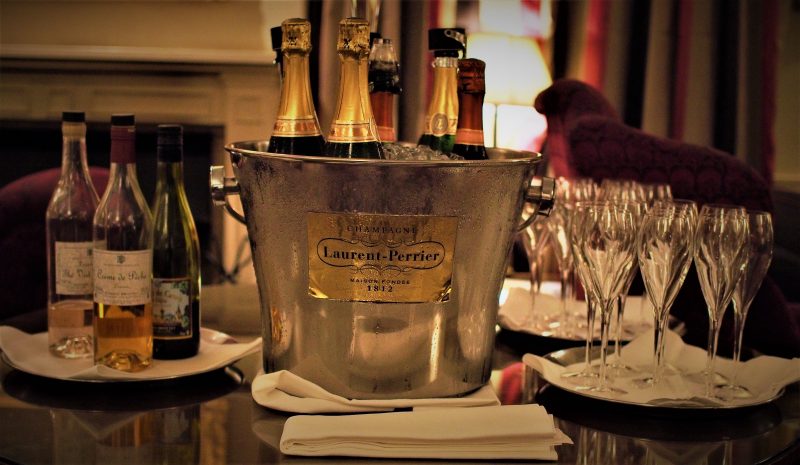 Before our meal we gathered in the Long Lounge for Champagne and Canapes; if this was the standard of the canapes then I couldn’t wait for the meal. We also had an exclusive tour of the Devonshire’s wine collection which also include some of the Dukes private stash. There were hundreds of different wines from across the world, carefully selected to compliment the food.

Fine dining at the Devonshire Arms 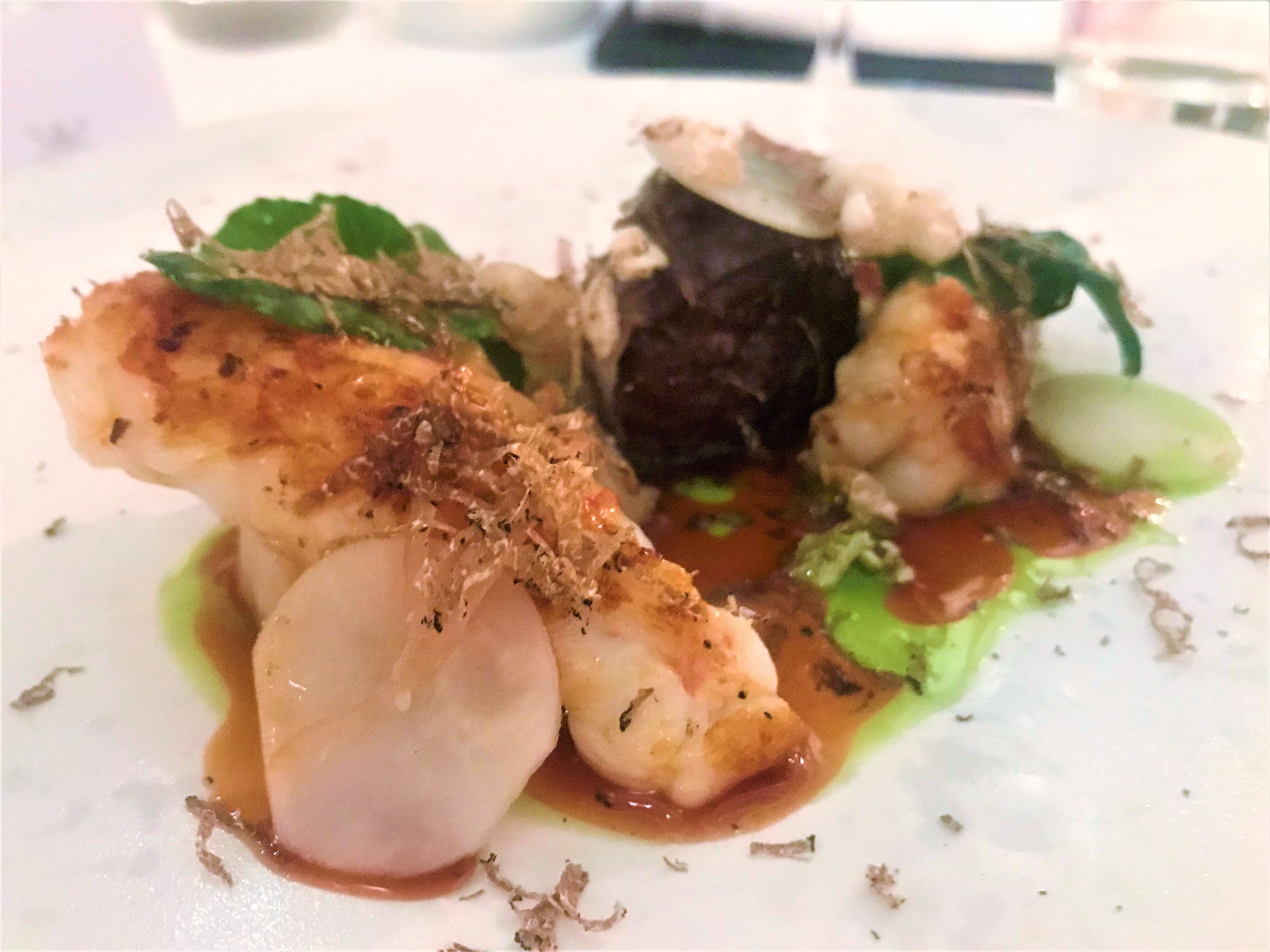 By far my favorite dish of the night was our first; Creel Caught Langoustine with melt in your mouth Pork Cheek, accompanied by Celeriac and Truffle shavings. Apparently this was very similar to the winning dish at Paul’s interview. I loved the structured meat of the lagoustine next to the pig cheek which would just flake off as you cut into it. I also liked the like pockets of crackling, a great addition to the plate. 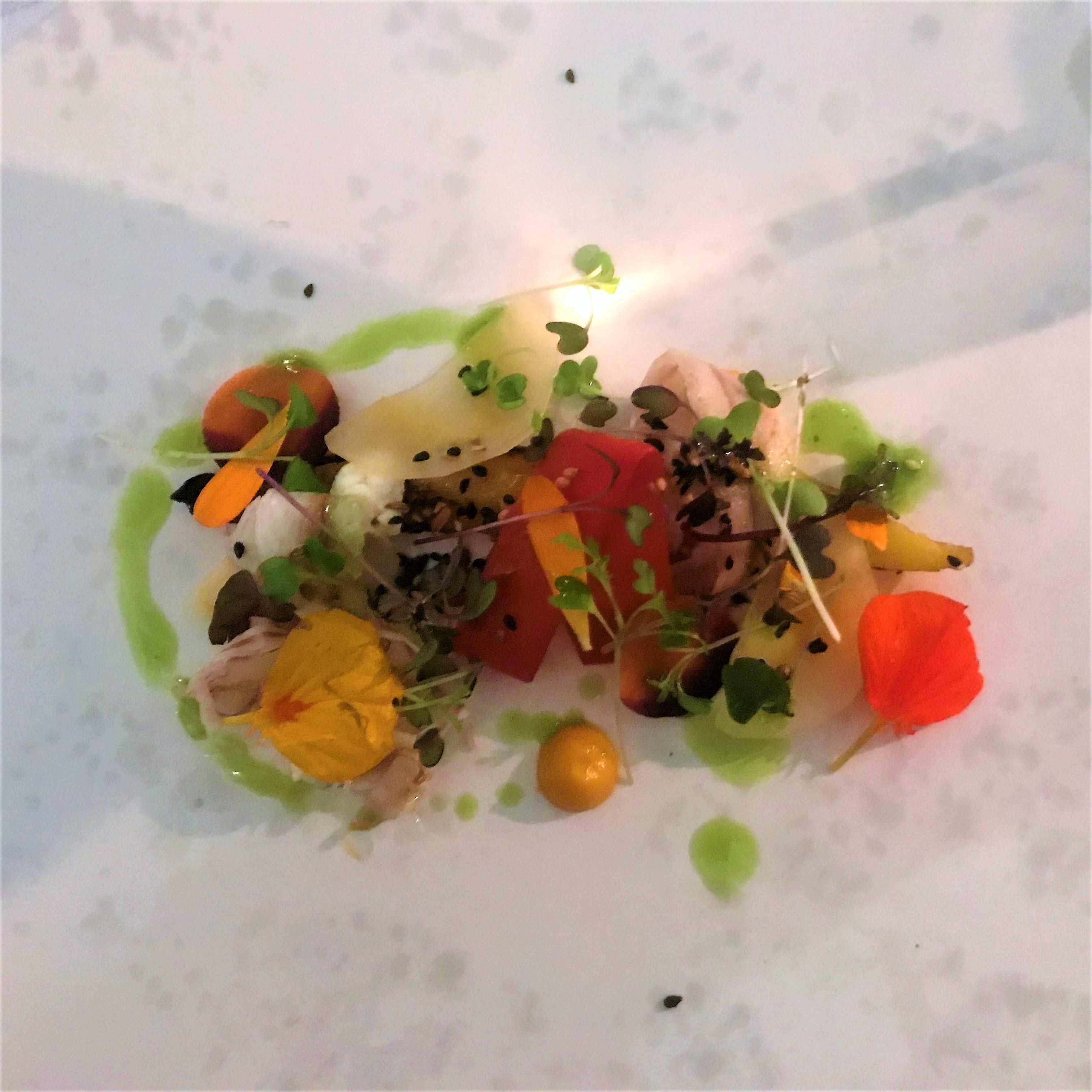 Another show stopper for me was the Heritage Carrot with Smoked Eal and Spiced Seeds. Who knew carrot could taste this good and the accompanied smoked Eal was a delight on the taste buds. 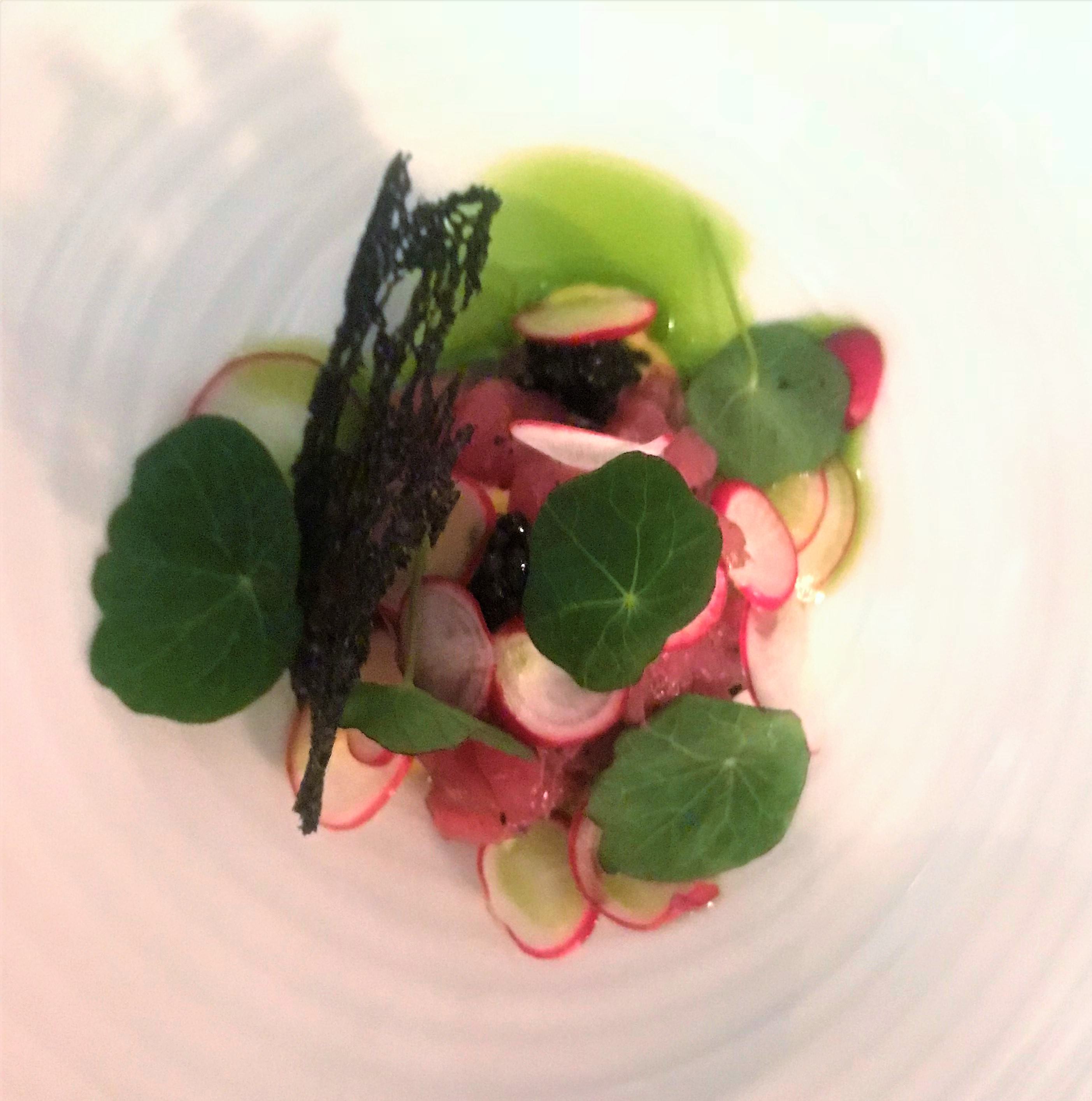 Our next course was Rose Veal with pockets of Caviar, accompanied by shavings of Garden Radish and Nasturtium Leaves. Now, if anyone watches ‘Worth It’ on You Tube then you should know how to eat caviar; apparently the best thing to do is to roll the caviar along the roof of your mouth until they pop – resulting in a creamy taste sensation. That paired with the beautiful Rose Veal and the fresh radish made for a great dish. 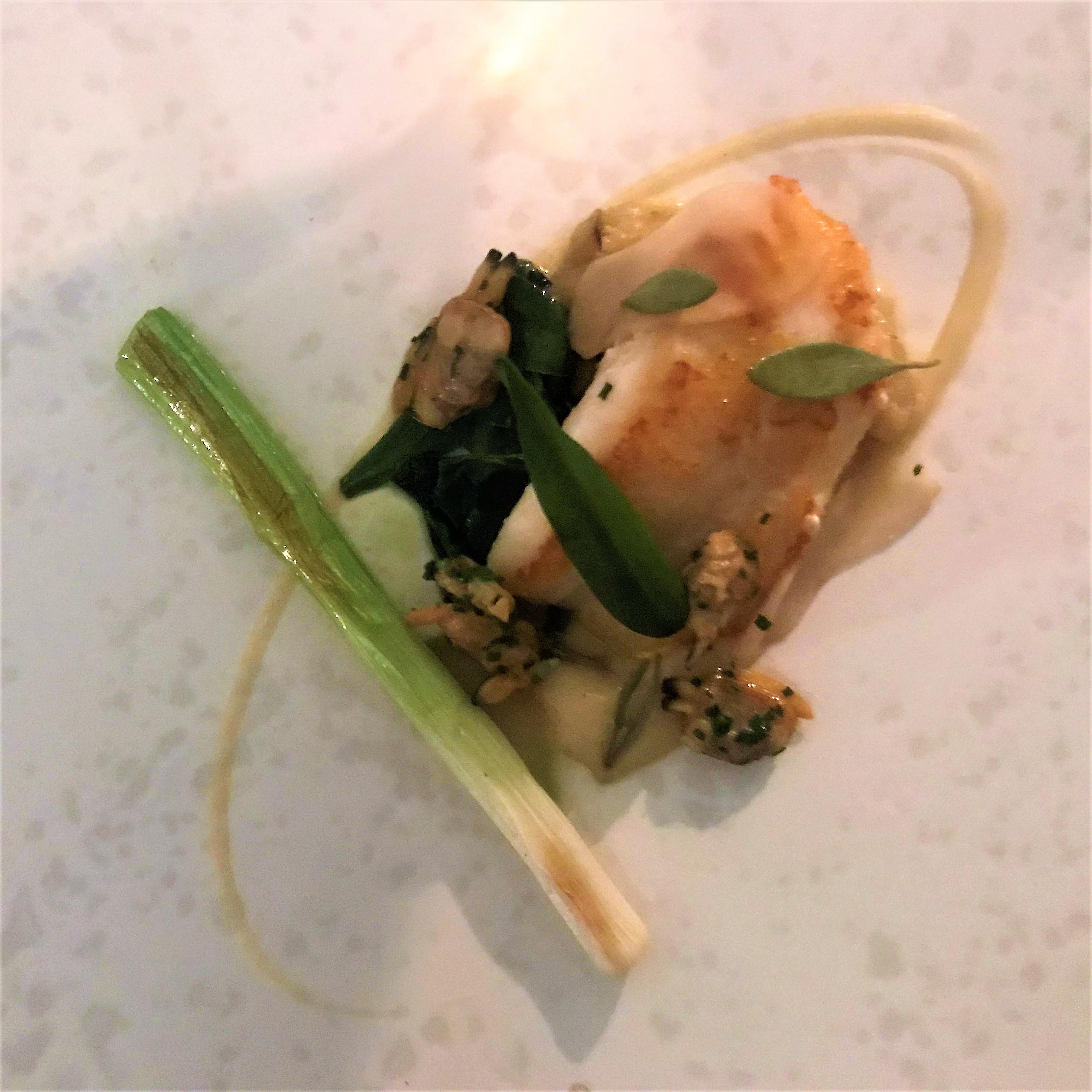 By this point the wine had been flowing for quite some times so I wasn’t too sure what course we were up to. It didn’t matter anyway as it was having so much fun with my new friends. East Coast Landed John Dory with Artichoke and Clams adorned my plate; the flavour medley was perfect, rich, creamy but light too. 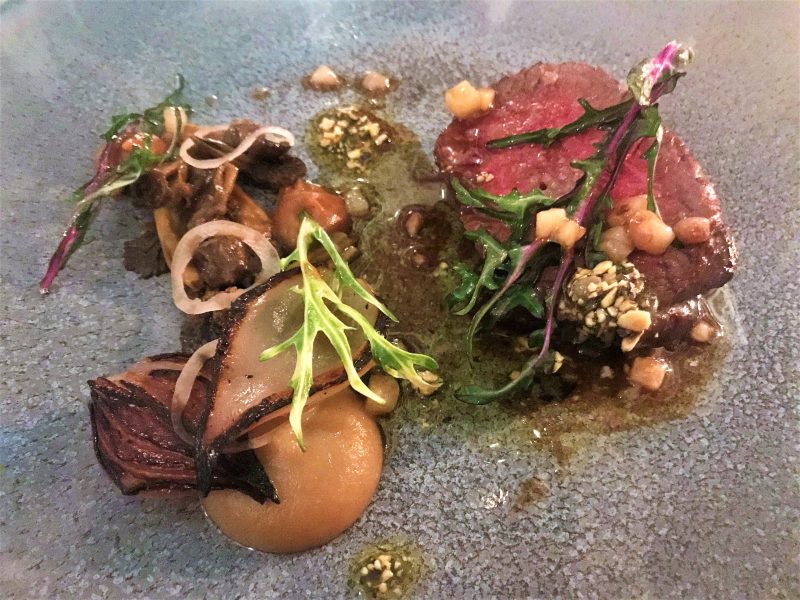 The service in the Burlington was fantastic. There were a few dietary requirements they had to contend with but they did it with grace and knowledge – very commendable! Next we enjoyed a Loin of Yorkshire Venison with Onions and Kale. The venison was cooked just how I like and with the accompany Oyster Mushrooms it was like being in the Strid Woods on the Bolton Abbey Estate. 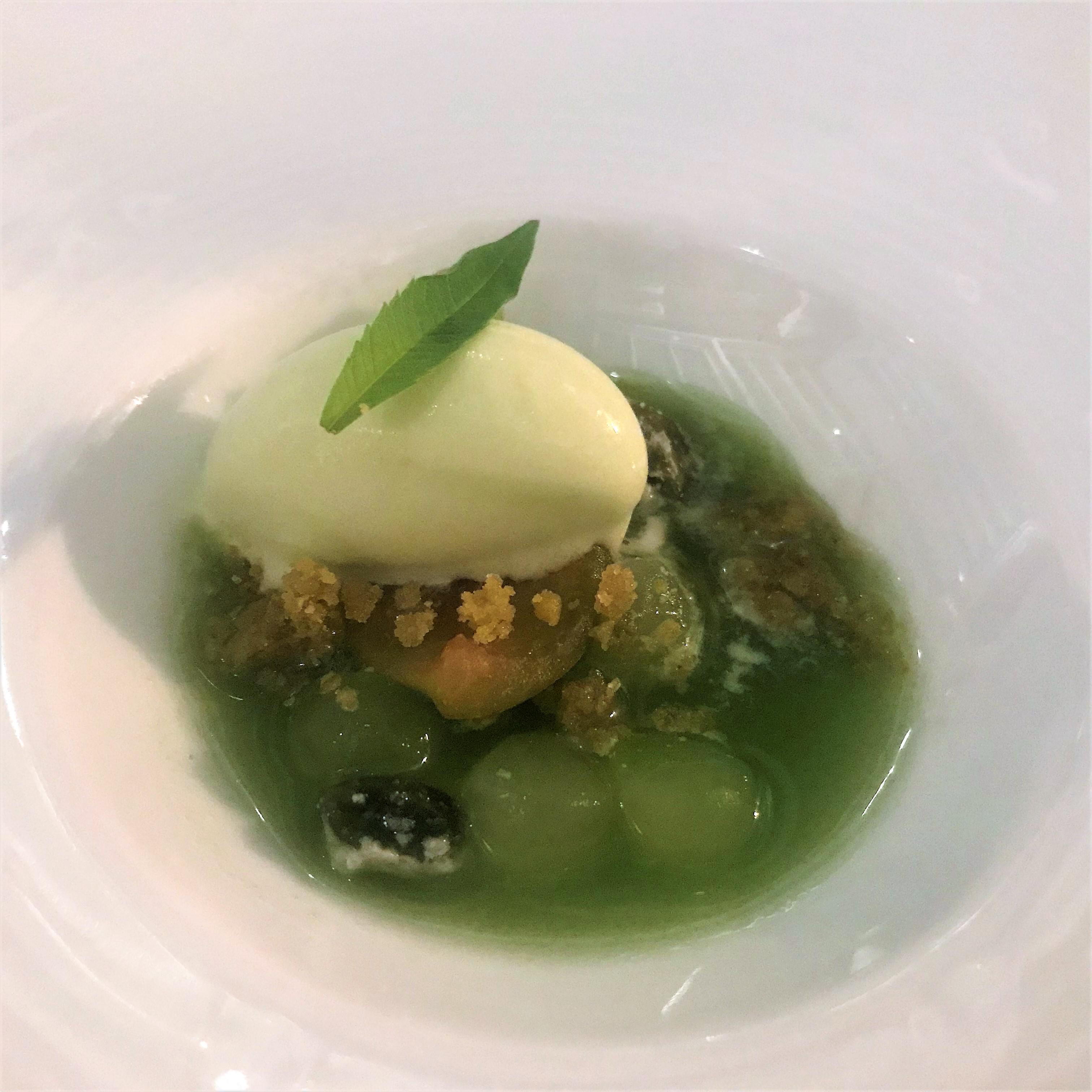 After five savory courses it was time to cleanse the pallet with Greengage made with Cucumber and Creme fraiche.  Greengage is a type of plum grown in the garden. Quite tart but with the fresh cucumber and light creme fraiche it was the perfect pallet cleanser. 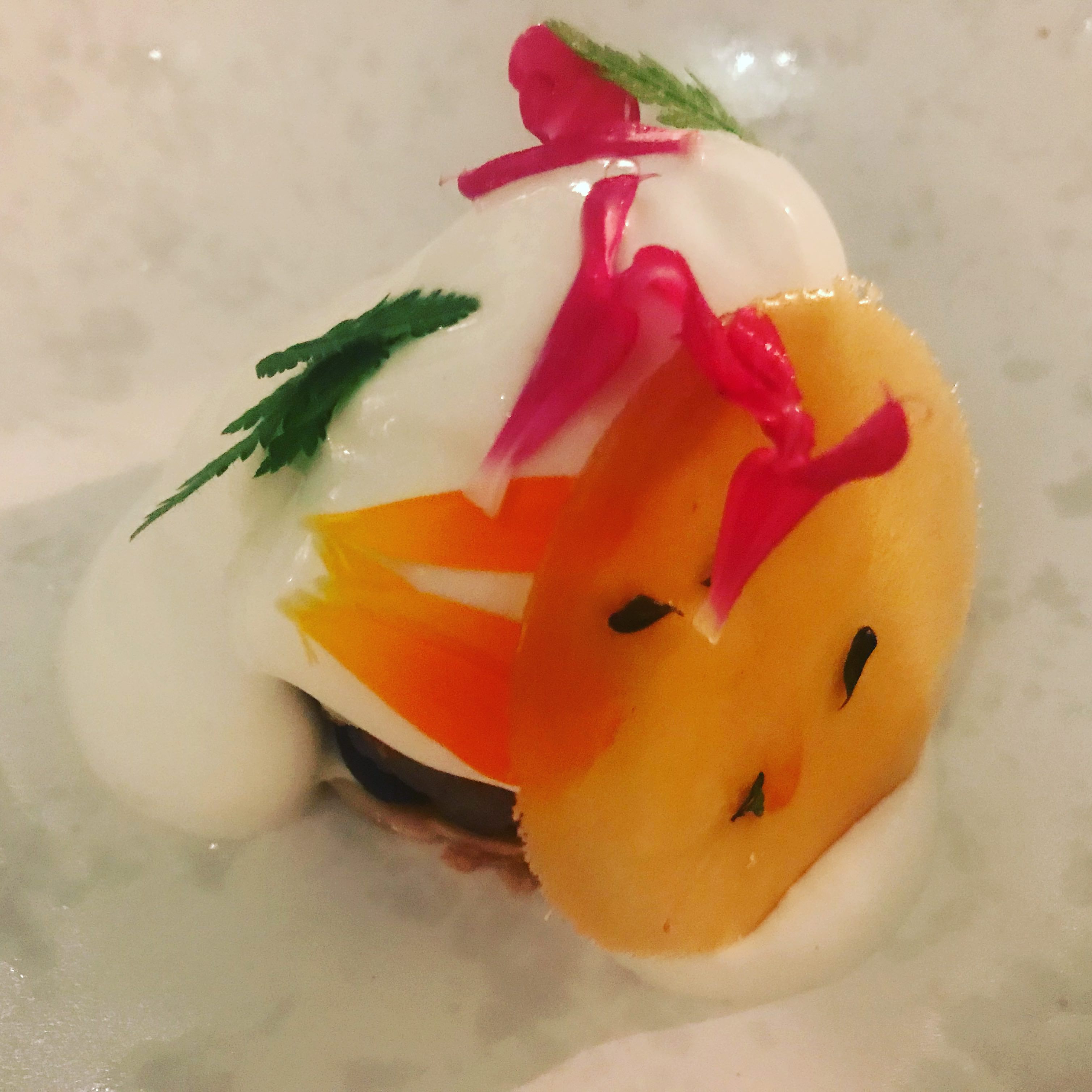 I’m quite glad these portions are small as I was feeling rather full. Out last and final dish of the evening was delicious. Called Garden Apples it used Yorkshire Skyr and fresh Blueberries. Very similar to a crumble and a breakfast granola all mixed together. This delightful dish was a fantastic end to a perfect evening.

Paul’s food is fresh, unfussy and delights the senses. I very much enjoy this type of food and can’t wait to take Niki and I know he would too.

Here’s a little flavour of my stay through Instagram Stories:

If you like your wine, you may like my review of Harrogate’s wine bar, Veeno, owned by a Sicilian family who produce their own wine! Read about it here.

P.S. Thank you to the Devonshire Arm’s for inviting me to stay and review their Burlington Restaurant.