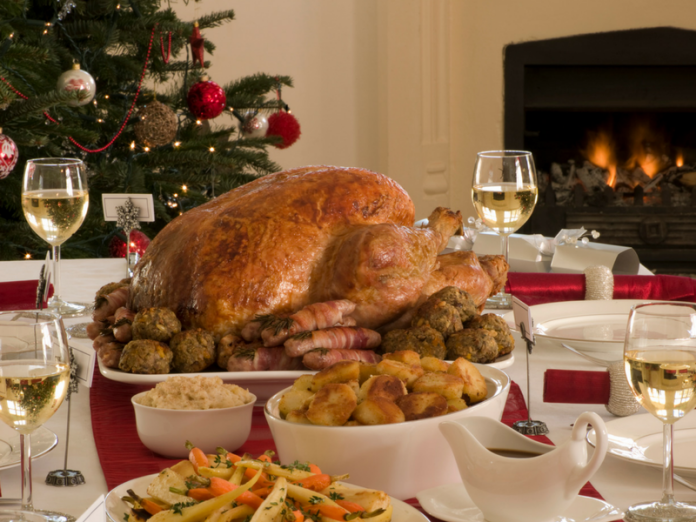 Fodder and I wanted to spread a little bit of Christmas Cheer. And we asked you to nominate a friend or family member who you think truly deserves a bit of sparkle this Christmas. Over 60 people made some truly lovely nominations for friends and family which made it very hard to choose a winner.

On Saturday 2nd December, Fodder General Manager, Jane Thornber and I handed over a turkey with all the trimmings to the lucky winner, Lucy Sears.

Single mum of three Lucy was made homeless earlier this year, and was nominated to win the prize by Antonia Lowe.

Antonia nominated lucy after she faced into a very challenging year. Antonia said, “I wanted to nominate Lucy as she was made homeless after the sale of her privately owned rented house. she then spent nearly two months in the homeless hostel in with her three children waiting for appropriate accommodation. She has now been re-homed but has struggled to furnish, carpet and decorate the house. It’s been a tough old year and I would love to see a smile on their faces at Christmas.”, carrots, parsnips, and Brussel sprouts.

Thank you to everyone who nominated, all were worthy winners and I was impressed with the amount of love for your mums – big up the mums this Christmas!

Also, a massive thank you to Fodder who provided sure an amazing prize for Lucy and her family. I wish them all a very merry Christmas. Ben recommends that as the turkey is at the heart of Christmas day dinner it needs to be a show stopper! So advises investing as much as you can in a top quality bird for a great tasting Christmas dinner. Many people buy their turkey year in year out from the same place, without giving much thought to where or how the bird was reared, which makes a lot of difference to the end product.

Bronze Turkeys (as opposed to white ones) are the traditional older breed which take longer to mature and has a more intense flavour. Fodder stocks both to give customers the choice. All of Fodder’s turkeys are reared in Yorkshire and we have carefully selected our suppliers.

Last year I went to visit Herb Fed Poultry who supply turkeys to Fodder. Read more about them and their story here. If you want to buy local and support Fodder this Christmas, may I just remind you that they are taking orders now until 13th December.

My Top Pizza Takeaways in Harrogate

Add a little Bridgerton to your Valentine’s Day

Victoria
Welcome to my life. Written and directed by Victoria Turner. Here, I bring you the latest lifestyle news from eating out and travel to health and beauty, oh and of course gin! Often based in Harrogate but loves an adventure or two. Views are my own and honest!
2,895FansLike
4,379FollowersFollow
3,455FollowersFollow