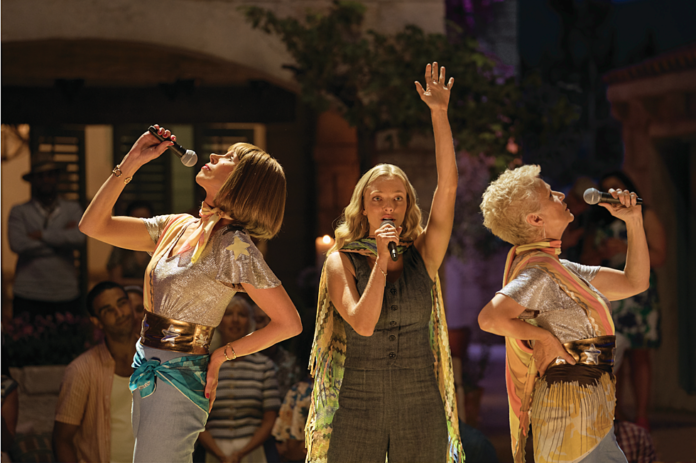 Mamma Mia! 2 was released last week with a major plot twist… so much so I didn’t believe the twist until we were half way through. Revealing the twist would be just silly but there’s plenty to say about the film without me doing so!

Everyman Cinema invited my mum, dad, sister and I to their ‘Here We Go Again!’ party containing many Aperol Spritz and Greek delights to get us in the mood for more. Heading into the cinema (I do love the comfy Everyman sofas) we got snug and dug into to our popcorn and chocolate buttons (a favourite of my dads!). 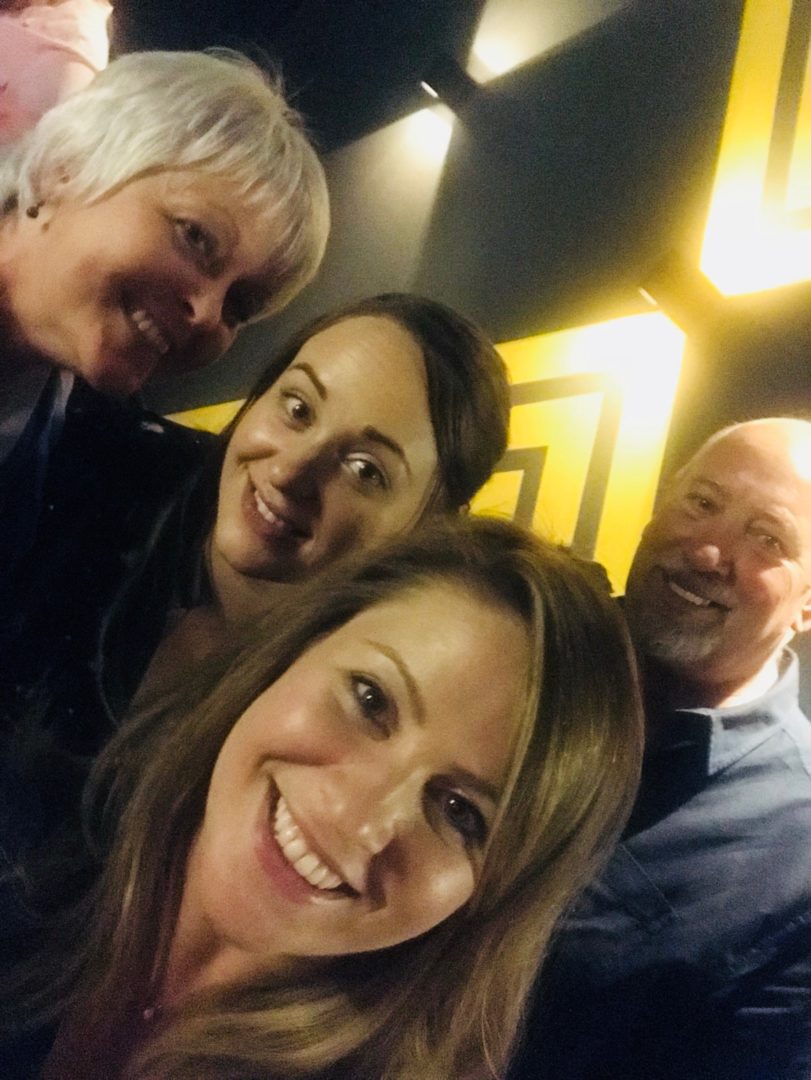 The film headed back in time to Donna’s graduation from Oxford University and to when the Donna and the Dynamos were in full swing. Picture your school assembly being gate crashed by three students singing ‘When I Kissed the Teacher’ and already the giggles had set in. Donna’s itch for adventure soon saw her parting ways with the Dynamos and heading to Europe. We followed young Donna across France and into Greece as she, dressed in fabulous dungarees, enjoyed in rather quick succession the company of three dashingly handsome chaps.

Back in the present day, Sophie is busy preparing to re-open Hotel Bella Donna alone while Sky was completing an internship at a top New York Hotel. But a storm threatened the opening and Sophie found herself following in her mother’s footsteps…

This feels good film wouldn’t be a show stopper unless it delivered a couple of heart ranching moments – there wasn’t a dry eye in the place – it didn’t just pull on your heart string but wrenched them out leaving you emotionally connected and wanting more.

Mamma Mia! Here We Go Again is a romp through the ABBA classics with some new recordings thrown in for good measure. As ever, the cast are loveable and give it their all – even Pierce Brosnan was at it again with a beautiful rendition of SOS. 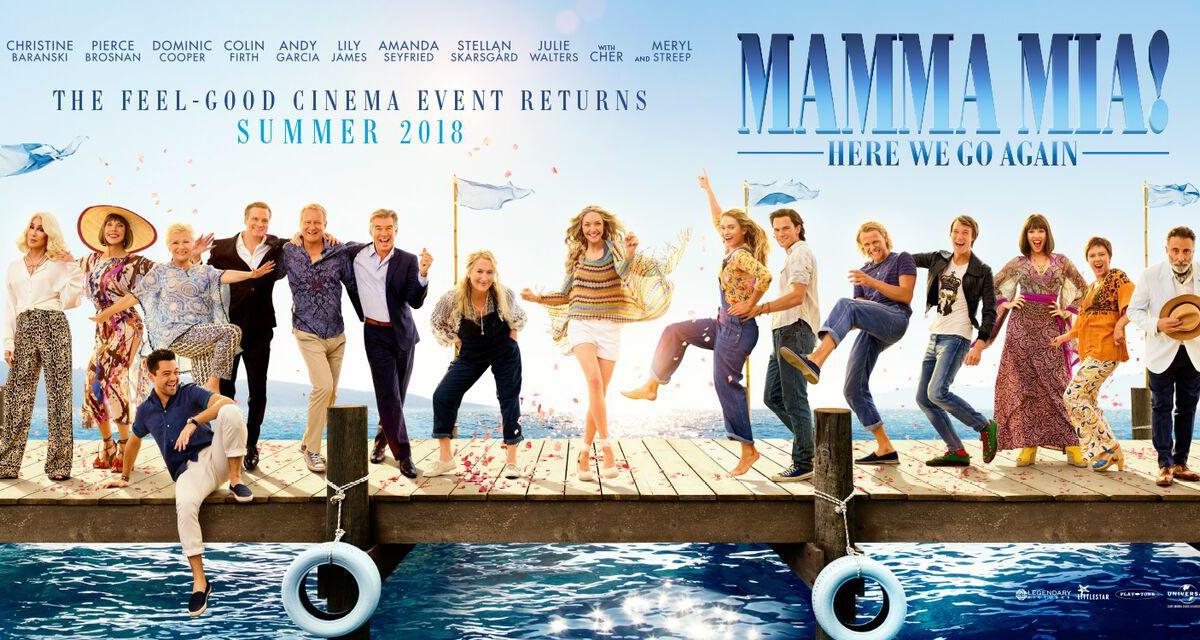 For me, it beat the first film hands down and I can’t wait for it to be out on Netflix or Prime.

Right, if you need me I’ll be off to buying myself a Greek island, wearing dungarees and travelling by horse back!

P.S. Thank you to Everyman for inviting my family and I to their Here WE Go Again! party – I can highly recommend their pre-film parties – especially when it’s with your family. 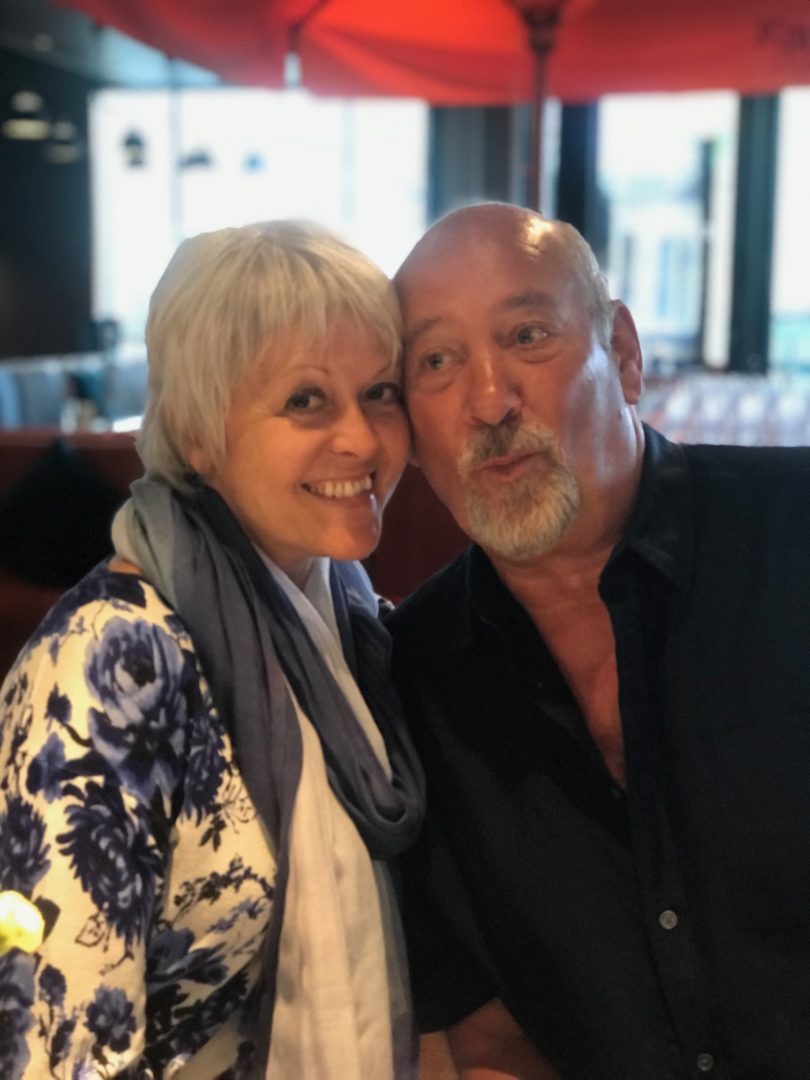 Fancy a pre-cinema meal at MOJO? Read my review here:

MOJO rocked my world… and my taste buds!

Victoria
Welcome to my life. Written and directed by Victoria Turner. Here, I bring you the latest lifestyle news from eating out and travel to health and beauty, oh and of course gin! Often based in Harrogate but loves an adventure or two. Views are my own and honest!
2,807FansLike
3,996FollowersFollow
3,409FollowersFollow