The Harrogate Girl
Home Visiting Harrogate The history of Harrogate 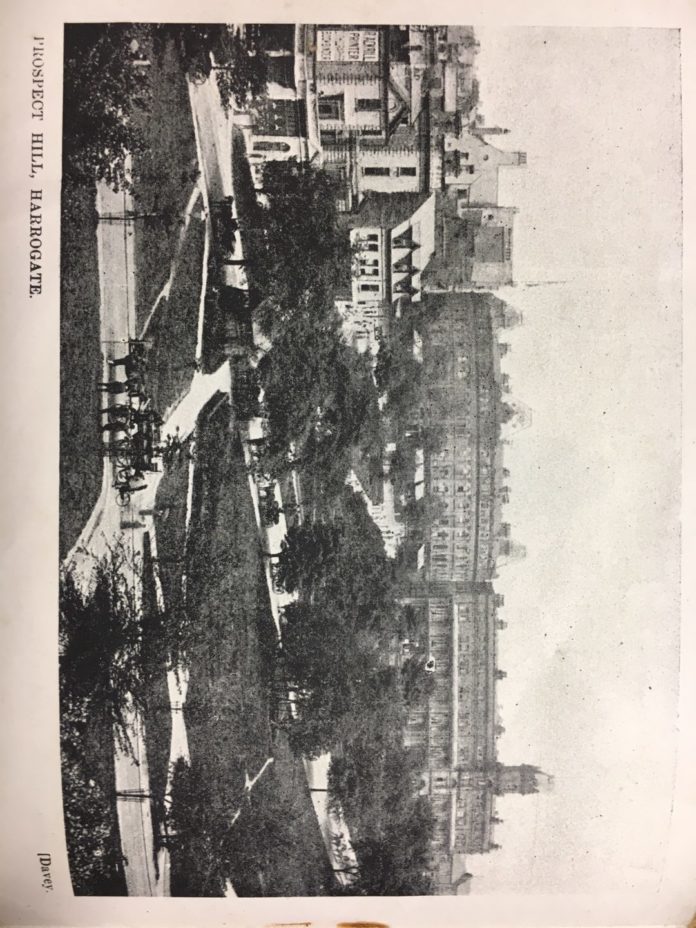 Harrogate was thought to be established as early as 1330’s but wasn’t a registered place until 1399 when Harrogate become Royal property, yes Royal! The Duchy of Lancaster came to own Harrogate and merged with the English Royal Crown.

In 1571, a chap called William Slingsby discovered the first Harrogate mineral well. He named the well “Tewit”, after a local word for the peewit bird, which still frequently flocks on the Stray. Mr Slingsby thought the water possessed similar health benefits to the spa waters in Belgium. And so in 1596 Harrogate was dubbed  “The English Spa”. Slingsby is also the name of a well know gin makers after they decided to use Harrogate water in their gins. People flocked to Harrogate to take the water

By 1660, Harrogate grew rapidly. People came from far and wide to bathe and drink the waters after hearing about its health properties. Public bathing houses soon sprang up around the town, hence names such as Cold Bath Road, and Doctors wrote about Harrogate waters having the ability to cure medical problems. Enclosures of the Forest of Knaresborough came into effect in 1778 and 200 acres of open common became protected and known as The Stray. This included the springs and mean visitors to the town could take the water and enjoy the fresh air with walks across the beautiful Stray. It has stayed protected ever since and the residents and visitors to Harrogate still enjoy the open common land. Businesses tried to steal our water

In the 1830s business men and hoteliers cottoned on to the benefits of the water and started to siphon it into their own wells and sell it to visitors. The locals didn’t like this at all and called for an Act to be past to protect the springs. In 1897 The Royal Baths was opened to the public and offered a wide variety of spa treatments and hydrotherapy, sadly, the Turkish Baths is all that is left of the spa today but well worth a visit. The First Wold War killed off most of the spa industry but it didn’t stop people visiting. In 1919 Bettys opened its doors and eating out and entertainment was on the rise. By the 1940s, Harrogate became a conference destination with the beautiful Royall Hall at it’s heart. In 1959 the very first purpose build hall was ready which was  instrumental to the town’s growth and survival. Today the Harrogate Convention Centre hosts various events such as Knitting & Stitching, Country Living Fair, BBC Good Food and more recently the Gin Festival.

Known for drinking gin, hanky-panky and being happy!

Yes, our town has featured top in many lists including drinking the most, consuming the most adult websites and being the happiest place to live… go figure?!?

What ever it is that makes us happy, we love our town and aren’t afraid to protect it. The future of our Harrogate

Many towns are suffering from online shopping and out of town stores so Harrogate Borough Council are developing a strategy and masterplan for Harrogate town centre. The main objective of this is to provide an assessment of the strengths and weaknesses of the town centre and to develop a vision and design for the future which will ensure Harrogate’s economic prosperity. The plan keeps on changing and developing but the latest is available to read here.

I’ve certainly seen huge investment in the town over the past year. From big chain’s like CAU and soon to be Gino D’Acampo My Restaurant moving in to independents such as Hoxton North and Norse expanding. All in all, I think we have an exceptional town centre, keeping the magic of Harrogate very much alive.

What do you think to our history and the direction Harrogate is taking?

If you’re stuck for things to do this summer, here’s 20 of my top ideas. Don’t miss out! Victoria
Welcome to my life. Written and directed by Victoria Turner. Here, I bring you the latest lifestyle news from eating out and travel to health and beauty, oh and of course gin! Often based in Harrogate but loves an adventure or two. Views are my own and honest!
2,892FansLike
4,379FollowersFollow
3,508FollowersFollow